Are Modern English Versions of the Bible Corrupt? -- Part 8

This is the eighth installment in a multi-part series concerning social media posts that are circulating and accusing the NIV and other modern English translations of the Bible of taking out important words and concepts, leaving out verses, and other nefarious things.


Now we proceed to the “missing verses” from John and Acts. 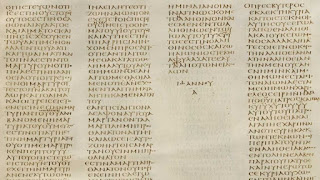 John 5:4 in the King James Version reads like this:
4 For an angel went down at a certain season into the pool, and troubled the water: whosoever then first after the troubling of the water stepped in was made whole of whatsoever disease he had.

The NIV has a footnote:
Some manuscripts include here, wholly or in part, paralyzed—and they waited for the moving of the waters. 4From time to time an angel of the Lord would come down and stir up the waters. The first one into the pool after each such disturbance would be cured of whatever disease they had.

The ESV footnote reads:
Some manuscripts insert, wholly or in part, waiting for the moving of the water; 4for an angel of the Lord went down at certain seasons into the pool, and stirred the water: whoever stepped in first after the stirring of the water was healed of whatever disease he had

First, we must note that, as in the other cases we have already looked at, the modern translations do provide footnotes mentioning why they don’t include the “missing” words in the main text. So there is no attempt in these translations to deceive people, as these social media posts insinuate. It’s a simple case of earlier manuscripts not including the words, and the belief that the older the manuscript, the better the chance that it reflects the original text.

So, if these words were not in the original autographs and earliest copies, how did they get into the later manuscripts that were the basis of the text used by the KJV translators? In this case, they were not added from one of the other Gospel accounts, because only John tells this particular story. Dr. William Mounce, author of one of the most-used textbooks for first-year students of biblical Greek, has a wonderful video explaining this particular verse, which can be seen at https://youtu.be/YC1oU2zNC_Q

Allow me to summarize the text critical view of this verse. These words may have originally been a marginal note on a manuscript, made by a scribe familiar with traditions about the pool at Bethesda, giving an explanation for what the lame man says in verse 7 about not being able to make it into the water when it became stirred.[1] A later scribe copying that manuscript may have thought the marginal note was actually part of the text that a prior scribe had accidentally skipped over, and put in the margin so it wouldn’t be lost from the book of John. So the second scribe “put it back in” the main text where it seemed to fit.

While we don’t know for sure that this is why this verse is not in earlier manuscripts and is in later ones, it is a possible explanation, and makes much more sense than someone taking these particular words out of the Bible, considering that the words in question have absolutely no impact on any essential doctrine (therefore undermining the implications of the meme that there is some sinister plot to change the message of the Bible in modern translations).

The King James Version has the following text in Acts at this point:
37 And Philip said, If thou believest with all thine heart, thou mayest. And he answered and said, I believe that Jesus Christ is the Son of God.

The NIV has a footnote (and the ESV has a similar note):
Some manuscripts include here Philip said, “If you believe with all your heart, you may.” The eunuch answered, “I believe that Jesus Christ is the Son of God.”

Again, this verse is omitted from newer translations because it is absent in the oldest manuscripts available today, which were not available at the time King James commissioned the translation that bears his name. We do know from history, however, that the words “I believe that Jesus Christ is the Son of God” were a common part of baptism ceremonies, confessed by the person being baptized before being immersed in the water.[2]

In our next installment, we will deal with the issue of “gender inclusive language” and what that actually means. (Hint: it doesn’t mean what most of the accusers mean when they talk about “gender neutral” language.)