Is This Not Idolatry?

Just this week, I saw this graphic shared by a friend on Facebook. 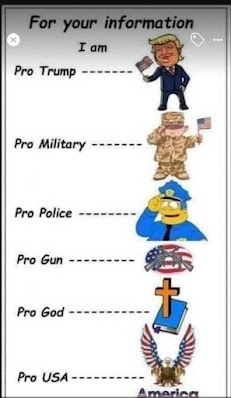 I had seen a similar (or maybe the same) image several months ago.

If you want to voice support for former President Donald J. Trump, that is your right. Freedom of speech is one of the first liberties guaranteed in the Bill of Rights.

I'm glad you support the brave men and women who sacrifice to defend our nation. I do as well.

I'm also thankful for the law enforcement officers who work to keep our communities safe. Many of them go out of their way to help people.

I have no problem with non-felons owning a reasonable number of firearms for sport hunting or to protect their homes and families (though I do think some people go overboard).

I love the United States of America and the ideals set forth by the Founding Fathers. Even when we fail to live up to those ideals (as many of the founders themselves failed to do), at least we have a target to aim at, and toward which we should constantly strive.

But is anyone else bothered by the fact that God is mentioned next-to-last?

This graphic, to me, seems to exhibit an attitude that violates the first commandment ("You shall have no other gods before me," Ex. 20:3).

And if the designer of this graphic just threw God in there as an afterthought (maybe to get Christians to be more likely to share it on social media), then that would be a violation of the third commandment ("You shall not misuse the name of the Lord your God," Ex. 20:7).

Here are a couple of other memes I have seen circulating that suffer from the same issues. 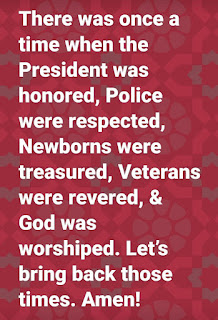 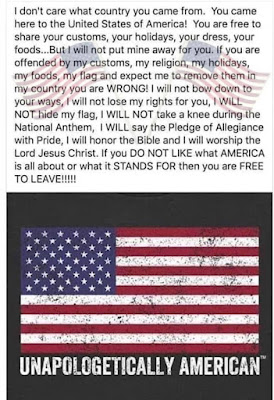