So Where Is That Prophecy In Scripture?

Let me clarify one thing from the outset: I believe in biblical prophecy, and I believe that every prophecy in Scripture that has not yet been fulfilled will come to pass under God's direction. I even believe in the present-day gift of prophecy, when God wants to give a specific word of warning or instruction to His people, to bring them back into alignment with what the Bible sets forth (note that the Old Testament prophets didn't spend most of their time predicting the future, but rather calling Israel to account for their breaches of the covenant God had established with them).

But I also want to make sure that when we talk about prophecy being fulfilled, we're talking about actual biblical prophecy, and not the vague, generalized prognostications of contemporary pretenders to the prophetic office, or the writings of popular end-times authors whose ideas are more the result of speculative attempts to connect the dots of Scripture than they are actual articulations of what the prophets of old wrote under the inspiration of the Holy Spirit. 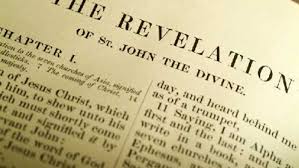 Recently, in the contentious post-election season here in the United States, I have seen things like the following going around on social media:

My Grandma and mother told me and others so many things that were coming , she told me she wouldn’t be here to see this old world end , she also told us that no matter what came before us or what may hurt us that we choose Jesus Christ, she said it may come a time a gun is held to our heads and ask who do we believe in , my grandma said no matter if it cost you your life you choose Jesus every time. Bible prophecy is being fulfilled before our eyes.... whether you like President Trump or not (hold your thumbs, this isn’t about him nor do I care to hear it) he has already fulfilled one of the last prophecies in the Bible prior to Jesus’ return. Moving the US Embassy in Israel back to Jerusalem and recognizing Jerusalem as the Capital of Israel is one of the prophecies that must be fulfilled. No other President in history has done this, but Donald Trump did. [emphasis added]

We haven’t seen nothing yet!! What the world is experiencing right now is Just the tip of the iceberg!!! Just in case anyone wonders where I stand: The 7-year tribulation will be worse by far than anything anyone could imagine. If you think this is our last Pandemic or "natural" disaster you are sadly mistaken. Read the book of Revelation. As a Christian, I’ve heard about the corruption and debauchery of the end-times most of my life. It appears the book of Revelation is unfolding right before us. We shouldn’t be shocked either, given the state of immorality in our world. Every day, the boundaries of sin seem to be pushed further and further. The line between right and wrong has slowly been erased by society, television, and pop culture. Witchcraft, spiritualism, “New Age” belief systems are being celebrated and exalted, even among some professing to be Christians. We have been removed further from the world God created and intended. We need to take this time to re-evaluate ourselves. We need to prepare and repent. Jesus will return just as His Word tells us. This is a huge wake up call, and I am taking it seriously. I want to go Home to my Father, when my time is up. Until the Lord calls me away from this world to the next, I want to make it clear that I believe in Jesus Christ as the true Lord and Savior. I believe that Jesus is the Son of God, was sacrificed on the cross, died for our sins, and rose again. He loves us all dearly (far more than we deserve) and forgives our sins if we repent. His Word says "whoever believes in Me, will not perish but have everlasting life”.

This is the best challenge I have seen on Facebook, so if the Holy Spirit moves you, and you’re not embarrassed, just copy and make this your status update.

Much of what is in this, I can wholeheartedly agree with. America—and especially the Christian church in America—needs to repent.

The problem I encounter with this post is the part I have marked in bold italics. I've been a Christian since early childhood, have read the Bible through multiple times in my life, and have studied Bible and theology at the graduate level, and I can't recall any prophecy in Scripture that would correspond to some other nation recognizing Jerusalem as Israel's capital. If there is one, I am more than open to being shown where it is found. My suspicion, however, is that any Scripture reference provided to support the claims made above will turn out to be, at best, a backward projection onto a particular text, rather than revealing a clear prophecy that undoubtedly foretold the events.

I think that all too often people use the phrase "prophecy is being fulfilled" in relation to events that they may think are somehow connected to the Bible's teaching about the end times, without actually taking the time to see what the Bible says and whether they are seeing the fulfillment of a specific, targeted prophetic word, or simply the fulfillment of Jesus' declaration that in the last days unrighteousness would grow worse and worse.

Is it too much to expect, when people make a claim of prophecy being fulfilled, to ask that they provide a biblical citation of a prophecy that more or less clearly corresponds to what they are calling a fulfillment?