Faith is not a "power up" in Super Mario Bros.

Sometimes, in Pentecostal/Charismatic circles, the claim is made that some people don’t receive what they’re praying for because of a lack of faith. If they just really believed God enough, they would see the healing, financial breakthrough, salvation of a wayward child, or other miracle for which they are asking God. Some people even treat faith as a spiritual “substance”—as though it had volume and mass—that can somehow “tip the scales” in their favor, if only they have a sufficient quantity of it. 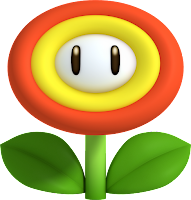 A couple of verses from the Gospels are sometimes used to support this idea.
And he did not do many miracles there because of their lack of faith. (Matthew 13:58)
He could not do any miracles there, except lay his hands on a few sick people and heal them. He was amazed at their lack of faith. (Mark 6:5–6)
The way these verses sometimes get interpreted seems to treat faith as though it were a “power-up” in a video game that increases the player’s strength. Faith, in this interpretation, somehow increases God’s ability to work miracles.
But God is omnipotent—all-powerful. Nothing we do or fail to do can change His ability. It is an inherent part of who and what God is (the philosophical term for this is ontology, which in common language is the “being-ness” of something, that which makes a person or thing who or what they are).
Let’s look at these verses from a couple of angles and try to figure out what is really being said.
First, neither of these passages says that Jesus couldn’t do miracles because of the unbelief of the people.
The passage from Mark, which does use the word couldn’t, also says that Jesus did heal a few sick people. So this is not a case of a lack of power on Jesus’ part. Then verse 6 says that He was amazed at their lack of faith. But the lack of faith on the part of the people is not given as the reason Jesus couldn’t do many miracles. Something else must be the “limiting factor.”
In Matthew’s account of this scene, he does use the word because, but does not say that Jesus couldn’t do many miracles, but rather that he didn’t do many miracles there due to the people’s lack of faith.
This is where I find Matthew Bates’ work on pistis (the Greek word frequently translated “faith” or “belief” in English) as allegiance to be helpful.[1] What if these verses are not about the people lacking enough belief that Jesus can or will perform miracles, and are more about the people’s lack of allegiance and faithfulness to the plan and purposes of God? The Greek phrase that the NIV here translates as “their lack of faith” is τὴν ἀπιστίαν αὐτῶν (tēn apistian autōn). The word ἀπιστίαν can also be translated “unreliability” or “unfaithfulness.”[2]
These unbelieving residents of Jesus’ hometown we find in Matthew 13 and Mark 6 were not people who were really interested in what Jesus was all about. Perhaps Jesus knew that no matter how many miracles He performed, they would still find a way to not be on board with His message of the kingdom of God. So this is not a case where Jesus lacked the raw power to perform miracles unless the people there upped their faith game. Rather, it was a situation where displays of His divine power would not result in allegiant following and participation in the kingdom He was proclaiming.
Jesus was never about performing miracles just to “show off” and demonstrate His ability. He wasn’t putting on a traveling “signs and wonders” show. The miracles of Jesus were always rooted in compassion for suffering people and in advancing people’s realization of what God was doing through Him. He “could not” do miracles that did not fulfill one of those two purposes, because to do so would have gone against the heart of His mission. It was not a question of power, but of purpose.
We see this principle in practice when Christ, during his temptation by Satan in the wilderness, refused to turn stones into bread (to satisfy His own needs) and to throw himself down from the pinnacle of the Jerusalem temple (to draw attention to himself by having angels rescue Him). If we look back to the previous chapter of Matthew (12:38–42), we see another example of Jesus refusing to perform miracles simply to satisfy the curiosity of those who did not have faith in (were not allegiant to) Him.
So human faith (in the sense of mental or emotional belief in Christ’s ability) is not necessarily what Mark and Matthew are writing about here, as much as a faithful response to the person and message of Jesus.
When we ask God for a miracle, are we asking simply to see how much we can get from God, or are we seeking first His kingdom and righteousness? Are we asking with wrong motives (James 4:3), seeking to benefit ourselves, rather than to see the gospel advance? Are we seeking our own will, or the will of the one who sent His only Son and, in turn, sends us to proclaim His message?
Maybe the lack of miracles we often experience is not because we lack belief that God can or will do them, but rather because we are not faithfully aligned with the character and purposes of the one we call our Lord.