Can we please stop with the fake news about persecution and censoring?

Earlier today, Jennifer Wilson Hall had a post removed by Facebook stating the content “did not meet their community standards”. Well, below is the bible verse that was removed. I am asking that everyone that sees this please post the verse also.

“If my people, which are called by my name, shall humble themselves, and pray, and seek my face, and turn from their wicked ways; then will I hear from heaven, and will forgive their sin, and will heal their land. “🙏

God bless America. I am asking that everyone that sees this to please post the verse also.

A silent nation is a defeated nation!

God is on High!! He’s still in control! His Son Jesus Christ IS the only way!! Amen!!

Having seen many posts similar to this over the past few years, I decided to do a little research. I used Google to search for the phrase "Earlier today, Jennifer Wilson Hall." I found a blog article from June 2020, and there was a comment (also from June 2020) that was identical to the first four paragraphs of my friend's post.

So people are still copying and pasting a post that is over two years old, where the first words say "earlier today," which, even if this event actually occurred (and I have my doubts about that -- more on that below). it didn't happen "earlier today." 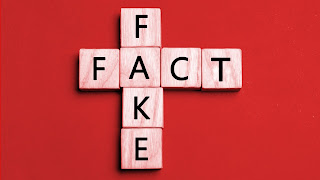 Also, the fact that I could see this post that was made by my friend is proof that, at least at present, Facebook is not censoring Bible verses.

There was an incident back in January 2021 where Facebook had blocked posts linking to the site biblehub.com, but according to a Facebook spokesperson, that was because the BibleHub site had mistakenly been flagged as being low-quality content, which simply put it on a list of sites to which Facebook would prevent people from posting links. That issue was resolved promptly, and links to the Bible study site are no longer blocked.

Now I understand the heart and passion of my friend, and of the person on whose page she saw the post that she copied and pasted, to stand up for God's Word and our rights to freedom of speech. But when we allow our emotions and passion to get ahead of our critical thinking skills, we can end up perpetuating untruths, and bearing false witness, which is a violation of God's commandments.

Now, as to my doubts whether this incident involving Jennifer Wilson Hall ever happened, I think most of us are aware that some people make up things to spread on social media just to stir up strife on sensitive issues. I don't have any proof that this is what happened, but I wouldn't be surprised if someone who wanted to make Christians look gullible created and posted the original report, knowing that passionate believers would start repeating and sharing it.

The fact that it has to be copied and pasted, rather than being posted as something where people can click Share, eliminates any trail back to the original poster, so they can't get called out for posting fake news. People whose intention is spreading falsehood know this fact, and take advantage of others' outrage and willingness to spread the disinformation, while they just sit back and laugh while seeing how far the lie spreads.

Fellow Christians, before you share something on social media, do a little fact-checking of your own. If you have to copy and paste the information rather than being able to simply share it (which keeps the original poster's name associated with it), be especially hesitant. Be very wary of sharing information with sources you don't know personally, or that are not recognized, legitimate news sources or Christian ministries.

In addition, spreading fake rumors about supposed persecution minimizes the very real suffering and danger that our brothers and sisters in other parts of the world face on a daily basis. Out of respect for those who daily risk so much to be followers of Christ, let's tone it down.

The world laughs at us enough for following a crucified (and resurrected) Messiah. Let's not give them more ammunition simply because we can't be bothered to verify information.