On the need for discernment

It seems from my experience (and from what I have heard others say) that possibly the most neglected and underappreciated gift of the Spirit is the gift of discernment. Tim Alberta, himself the son of a pastor, cites Michigan pastor Ken Brown, writing, “'Discernment'—one’s basic ability to separate truth from untruth—'is a core biblical discipline. And many Christians are not practicing it.'”
Now I'm not talking about so-called "discernment ministries" that seem to do nothing more than pick out certain individuals, churches, ministries, or movements as "enemies of the faith" and then go over everything those people say or do with a fine-toothed comb to find the smallest mistake they can use to raise a charge of "HERESY!!" I'm talking about real, Spirit-guided thinking. 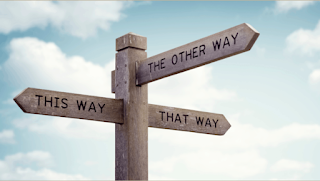 God Gave Us Minds: We Should Use Them to Think Critically
Discernment can also alert us that something which is purporting to call out false teachers or false prophets isn't giving the whole story.
At the beginning of June 2022, online writer Todd Starnes published an article saying that popular Bible teacher Beth Moore "rips conservative Christians." I saw on social media where some people had taken Starnes' article as a launching pad to write a rebuke of Moore. The post said Beth Moore had "mocked" conservative believers by tweeting:

“Lemme tell you how this works. All you have to do to thwart change in conservative Christian ranks is to frame it as a progressive takeover."

A friend of mine online wrote the following in an "open letter" response to Beth Moore:

I'm not certain what you mean by 'thwart change in conservative Christian ranks is to frame it as a progressive takeover,' and, I'm not sure you are aware of the reason for this statement, either. If we frame an action as 'progressive takeover; you can bank on it that we are aware of progressive tactics and false doctrine creeping in with an attempt to lead the innocent astray. Many are becoming well informed as to the intent of a progressive church and are arising in strength with a determined resistant to such error and blasphemy. 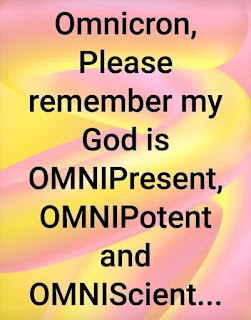 While the Bible is clear that God is ever-present, all-powerful, and all-knowing, there's a major problem with this meme. The virus variant is omicron, not omnicron. Omicron is a letter in the Greek alphabet (which medical scientists have been using to designate mutations/variants of the virus). Omnicron with the extra n isn't even a valid word as far as I'm aware (though it might be interpreted as meaning "all time," since omni- means "all" and chronos means "time," but the missing h tends to blow up that theory).
Quite often, someone sees the last part of a meme like this, which says true things about God, and totally ignores the fact that the beginning of the statement is fatally flawed. Motivated out of a heart to promote God as the answer, a person sharing this can nevertheless look foolish to anyone who is simply paying attention to the fact that the variant is not named omnicron with the extra n, regardless of whether they understand the Greek roots at all.
Another popular meme that people unthinkingly share is: 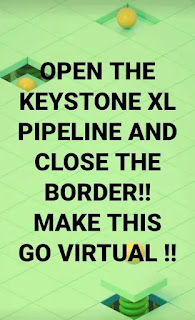 Now, setting aside the fact that construction on the Keystone XL pipeline hasn't even been completed (which means opening it is a bit more complicated than simply pushing a button or turning a valve control wheel -- it's not like we can have oil via the pipeline within a week or so), and the intricacies of the hopelessly broken U.S. immigration system, the fatal flaw in this statement is "Make this go virtual!!"
The correct words to use in this case would have been, "Make this go viral!!" Going virtual is what our schools and churches did in 2020 when the pandemic hit, moving from physical, in-person gatherings to online meeting spaces. Going viral is what happens when a video, meme, photo, etc. starts gaining rapid traction on the internet, and its reach and exposure increases exponentially.
I have two theories about this particular statement that has been all over social media:
The difference between right and almost right can frequently be easy to spot if we'll simply turn down our emotional response and examine things closely.
In Closing
Let's all strive to be more discerning, using the natural abilities God gave us as rational beings created in His image, and asking the Holy Spirit to alert us to things we may not see in the natural. If we can be more serious about practicing the gift of discernment, we can help ourselves and others to avoid falling into error, as well as avoiding bringing reproach on the people of God by repeating things that just aren't true, or well thought out.
Posted by Brian Roden at 9:10 PM