How can a book I don't really know be my authority?

I've watched a lot of discussion online recently about biblical inerrancy and the authority of Scripture. An article by Australian theologian Michael Bird caused no small amount of discussion when shared on a Facebook group for discussion among scholars in my national church fellowship.

A couple of days later, I read the following statement in an article about biblical authority and divisions in American Christianity:

Perhaps in certain parts of academia – and in ministerial training in some denominations – historical criticism caused some to question the authority of the Bible, but for more than a century after the Civil War, the reading preferences and church affiliation choices of millions of American Protestants suggested that respect for the Bible’s authority continued undiminished, even if biblical literacy was not quite what it had once been.

Note that last phrase: even if biblical literacy was not quite what it had once been. 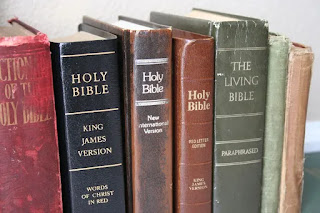 I think that may be one of the core issues at the heart of the problems in the American church—claiming to hold to the authority of Scripture, while not really knowing the Scriptures.
Evangelical and Fundamentalist Christians love to talk about the the authority of the Bible as God's revelation to humanity (especially when using the Bible to show someone else how they are wrong and the Christian is right). "But the Bible says..." is a phrase frequently heard. But many times, what follows that phrase reveals a deficient understanding of the Bible's take on the issue, often selectively using just a portion of Scripture to back up a position one reached independently of Bible study, whether through cultural osmosis or one's own natural predisposed inclinations.
As a tweet earlier this year from Dallas Theological Seminary professor Dr. Michael J. Svigel puts it: 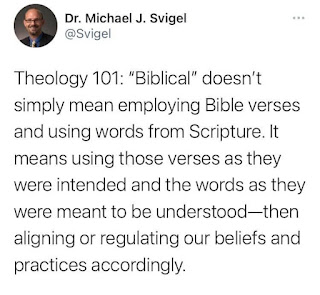 We must not allow ourselves to take just one part of the Bible, rip it from its contexts—canonical, literary, historical, and cultural—and claim the authority of the Word of God for our own personally biased interpretation of a sentence or two. In this podcast interview, Dr. Beth Allison Barr of Baylor University says, "Unfortunately, we've been trained to only look at parts of the Bible, and not to link it all together."
If we truly want to be biblical, we have to put in the hard work and dig past just scratching the surface. We need to go back and read our Bibles again, this time paying special attention to the parts that aren't highlighted or underlined, making sure we're getting the whole counsel of God (and not only the parts we enjoy reading over and over and over). As 2 Timothy 2:15 reads in the King James Version, "Study to shew thyself approved unto God..." Or as the New Living Translation puts it, "Work hard so you can present yourself to God and receive his approval."
While it is certainly true that we can never earn salvation by hard work, the same does not apply to spiritual growth, discipleship, sanctification, and maturity. We are to press toward the mark (Philippians 3:14), and run in such a way as to get the prize, preparing ourselves through strict training (1 Corinthians 9:24–25). Living the Christian life is not a walk in the park—and neither is really getting to know and understand God's revelation to His people. It's work, and it requires dedication; but the rewards of putting in the effort far surpass the costs.
In closing, I would say that in order for us to claim the Bible as our authoritative rule of faith and conduct, we need to develop not just biblical literacy, but biblical fluency. Then we can be both hearers and doers (James 1:22).
We really can't claim something is authoritative if we don't even have a decent grasp of what it says.